Can a Will be Contested?

Home/Contested Will/Can a Will be Contested?

Can a Will be Contested?

Yes, a Will or Codicil to a Will can be contested but only for very specific legal reasons. A Codicil is used when only small changes need to be made. The only difference is that a new Will replaces previous ones whereas a Codicil is read in conjunction with the Will.

What does contesting a Will mean?

When a Will is contested, there has been a formal objection raised against the validity of the Will. This objection is usually based on the contention that what has been written isn’t reflective of the testator’s wishes. The testator is the person who made the Will. However, the contention can only be based on certain legal reasons.

What are the legal reasons? 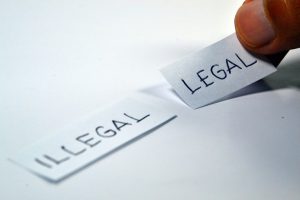 Below are the specific legal reasons which can be used:

If you are not familiar with the above legal terminology, continue reading this post as we will look into each reason separately, exploring what they mean.

In terms of validity, when the testator is making their Will they must be of sound mind. This law came into place during the 1870 case of Banks v Goodfellow, where it was made a legal requirement that for a Will to be valid the testator must be aware:

Whilst the law has moved on since the 1870, the basic principles still apply. If you believe that any of the above are true, you may have grounds for challenging the Will because of a lack of testamentary capacity.

Lack of due execution

For a Will to be valid, it must meet all the following requirements. If it fails on any one of them, it can be challenged:

Lack of knowledge and approval

Even the elderly or frail might be able to sign a Will, or any other document for that matter. However, for it to be valid, they must ‘know’ what they are signing and ‘approve’ the contents of the Will.

If a Will was signed without the ‘knowledge and approval’ of the contents, then this would be a ground for contesting the Will.

For example, there may be gifts in the Will that the testator did not know about, or gifts to people that they do not know.

You must be able to prove that the testator was not aware of the contents or there were suspicious circumstances e.g. there is a gift of substantial worth to the person who helped in the preparation the Will.

The undue influence can come in various forms and could be at the point of signing the Will, but also before that, possibly well before the document was even written. This is a complex area, so please feel free to give me a call. 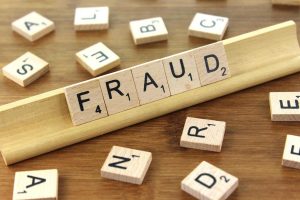 This pretty much means what it says on the tin… You have grounds to contest if you have evidence to suggest that the Will in question has been forged or something fraudulent has occurred.

The fraud can be as obvious as someone forging the testator’s signature, or a more complex fraud, where, for example, the testator is misled into thinking they need to change their will.

For example, Helen includes her local charity in her Will and decides to leave them a percentage of her assets. Helen’s sister Jo catches wind of her plans and doesn’t agree that the charity should benefit from the Helen. Jo tells Helen that the charity is notorious for getting people to leave money after they pass away, often using aggressive techniques on those who are vulnerable. Helen decides to remove the charity however the Will may now be deemed as invalid due to the fraud Jo has carried out.

If the testator’s intentions are not properly recorded in the Will due to a clerical error, then an application may need to be made to have it ‘rectified’. Here, no fraud has occurred, but simply a clerical error means the intended outcome is not achieved. For example where 2 people have to ‘share’ a legacy, instead of receiving the legacy ‘each’

A construction claim may be put in place if the words in the Will are deemed to be unclear. If it can’t be ascertained from any other external evidence, then the Courts will decide what the Will was meant to say.

Family members also have the option to make a claim under the Inheritance (Provision for Family Dependants) Act 1975. Technically this is different to contesting a Will but can be used in situations where someone feels that they have not been adequately provided for.

There are strict timescales for making this type of claim. You have 6 months from the date of the Grant of Probate to commence a claim, which is done by issuing proceedings, usually in the County Court.

You don’t have to look far to find news stories of where friends and families have contested Wills, Mail Online wrote a piece about a woman’s battle with the court who was cut out of her mothers, The Mirror wrote an article about Gordon Ramsay’s children inheriting his fortune and High 50 covered a story about Judge’s shock decision to reverse a mother’s will and award estranged woman £164,000.

What happens if you are successful?

If you have been successful in contesting a Will then it will be judged as invalid. It will then need to be replaced with the next most recent valid Will. If there isn’t another one present, then what is known as the ‘rules of intestacy’ apply instead. In the case of rectification, the ‘error’ may be fixed by the court to put the estate back into the position as if the error had not occurred.

Rules of intestacy are a set of predefined ‘rules’ which determine who shares in an estate of someone who dies without leaving a valid Will.

How do I contest a Will? 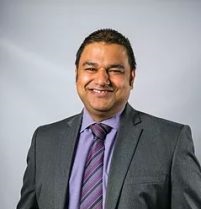 If you believe that you have grounds to contest a Will, I suggest seeking professional help. Speaking with me costs nothing and with over 16 years’ previous experience as a Solicitor writing Wills and dealing with Estates and Trusts, I am more than equipped to point you in the right direction.

Simply fill in the form below and I will be in touch:

We hope you found this article useful, if so, you may also like to read our previous blog, ‘Are Will Kits Legal‘.

Contact me now to book your FREE Will Assessment

Want to ask more about my services? Just fill out the form below and I will be in touch.

I Promise We Don’t Spam Your Inbox